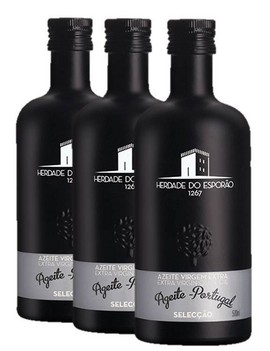 Portuguese olive oil is among the best in the world. From Trás-os-Montes to Alentejo Portugal always had the best crops of olives and is recognized for its ancestral techniques in the production of a high quality certified olive oil. One of the first exported products in Portugal the olive oil is the healthy fat mostly used in Portuguese cuisine.

We recommend Trás-os-Montes, Alentejo and Ribatejo olive oil awarded and recognized as a high quality product.

Herdade do Esporão is an olive oil producer from Alentejo demarcated region proving the high quality always as premium figure in global recovering of Alentejo singularly.

Herdade do Esporão, Olive Oil - Virgin Extra Selection is produced from four varieties of traditional olives from Alentejo, Galega, Cordovil, Verdeal and Cobrançosa. The taste is a bit spicy and slightly bitter with an apple aroma.
Awards and reviews:
Esporão’s Extra Virgin Selection received the “Gran Prestige Gold” medal, the highest distinction awarded by TerraOlivo 2013, one of the most important international olive oil competitions. Near the Mount of Olives in Jerusalem, a large international expert jury honored Esporão´s olive oils amongst more than 500 olives oils from the four corners of the world.
Other awards: ITQI, 2 Stars, 2012.
Cinve 2012, Gold Medal, 2012
III Extra Virgin Olive Oil Championship, Great Mention, 2012.
Terra Olivo 2012, Gran Prestige Gold, 2012
Esporão topped the list in the “Agriculture, Sea and Tourism” category of the Green Project Awards 2013. This prize distinguishes Esporão for its sustainable agriculture production methods.
History
The traces of the Olive tree in Portugal date back to the Bronze Age, but only in the 15th and 16th centuries its cultivation was widespread throughout the country. The Olive tree has always been the most important symbol identified with peace, prosperity and health in all Mediterranean people. Its cultivation and exploitation started at Estremadura and Alentejo and was with the Romans that the skill of using the fruit thereof was consummated.
The Mediterranean region alone is responsible for 95% of world production of olive oil, due to its climate.Portugal produces 37% of the total European Union production (Spain 36%, Italy 14% and Greece 10%).
Currently there are 6 protected designations of origin: Moura, Trás os Montes, Interior and Northern Alentejo, Ribatejo and Beiras. Alentejo olive oil is the major producing region in Portugal followed byTrás-os-Montes.
With the Portuguese discoveries, olive oil was exported on a bigger scale and in the mid-sixteenth century, the consumption had grown intensely as the oil was used as fuel for lighting with the main markets being in northern Europe and India.
Most olive trees were planted in vines regions in an attempt to bring in an income for those people who stayed on the lands. Consequently today groves of grey-green olive trees can be seen along the vineyards all over the regions bringing a beautiful yet sober look to the valleys.
It is one of the oldest and most used element in Portuguese cuisine. In addition to the known health benefits, olive oil adds a valuable touch of peculiar flavour. Herdade do Esporão Extra Virgin 0,5l Awarded Olive Oil
Portuguese olive oil is among the best in the world. From Trás-os-Montes...
€17.70 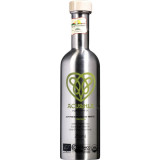 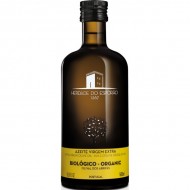