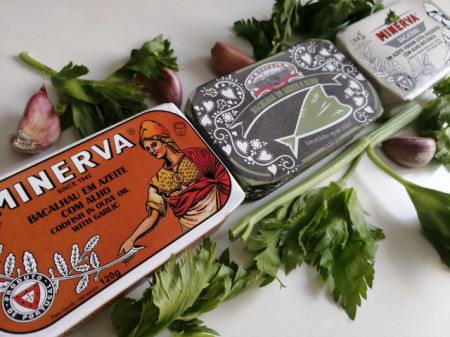 We share our passion for this fish with these authentic canned codfish recipes.

We selected the very best codfish for you to try. Ready, quick and delicious.

3 tasty codfish that will make you happy in the kitchen. Even for those who are not gifted in making great culinary dishes, this is the fastest and easiest way to achieve it. Be a host in your kitchen and shine with this codfish set.

Codfish – “bacalhau” – has always been Portugal’s “faithful friend., a must of Portuguese cuisine. Legend has it that there are at least 1000 thousand ways to cook it, being hard to tell which would be the tastiest! But there is more to codfish than simply the label of a highly praised delicacy of Portuguese cuisine. The history of “bacalhau” is a true epopee, written by thousands of men who throughout the times faced the harshness of the high seas and who have made the exciting history of codfish-fishing.

From Norway with love
The origins of the codfish history get lost in time, for the first codfish-processing factories appeared in Norway and in Iceland already in the 9th century! But it was not until the 15th century that the Portuguese began to trade codfish. Dried salted codfish lasted over three months during the long-lasting sea journeys without losing its proteins and nutrients, which was ideal in this historical period! Portuguese were the first ones to fish codfish in the Newfoundland in the 15th century. By that time codfish already represented 10% of the traded fish in Portugal.
Excerpt from "The Codfish Route", Tourism of Portugal.
You can read the full article here.