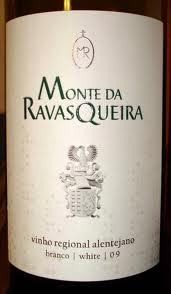 White wines are normally made from the fermentation of skinless grapes, and the varieties used do not have to be white. Red varieties and castes often result in very smooth and aromatic white wines, with predominant flowery and fruity aromas.

Depending on the varieties of grapes used and the climate and soil characteristics of each region, white wines can be smooth and rich in texture or full-bodied and earthy.

The Wineanorak's guide wine to Portugal gives us a clue in looking at Portugal’s wine regions, saying: it’s helpful to split the country mainland in two, by drawing a line about a third of the way down. This separates the northern regions of the Douro, Dão and Bairrada, and the central and southern regions of the Alentejo, Ribatejo and Estremadura. As a useful generalization, the future for the northern regions lies in focusing on high-quality, top-end ‘terroir’ wines, while the strength of the southern and central regions is their ability to produce accessible, full flavoured well succeeded wines and at affordable prices: new world-style wines with a Portuguese twist.

Choosing this wine you will obtain a white wine with a tasting note of 16/20 or 90/100 points of one of this Portugal’s wine regions.​

But it was only in the late 17th century that the cultivation of the vine truly spread across all Portuguese regions. In 1756 the Port wine was already so famous and its importance so great that was created the first demarcated region of the world in Douro area.

Although the phylloxera plague destroyed vast areas of vineyards in the 19th century, a gradual recovery process was started and vigorously pursued so that in the beginning of the 20th century several wine regions were demarcated. In 1986 the wine regions were redefined and new ones were created after Portugal became member of the European Community.