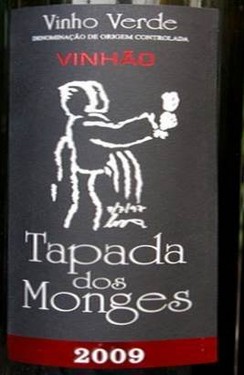 “Vinho Verde” is a unique product in the entire world, produced in the northwest of Portugal.

This region is the birth of the charismatic Alvarinho, one of the most notable Portuguese white varieties. It is a very old grape mainly planted in Monção and Melgaço regions producing unique blended wines.

This variety however is the pioneer of the first Portuguese successful monovarietal wines in a land where blended wines predominate.

Although young, some Vinho Verde can age rather well, Alvarinho variety is able to age for ten years or even more.

The strong distinctive character and originality of Vinho Verde with a blending of aroma and petillance that makes it one of the most delicious natural beverages are the result of a fertile granitic soil, climate characteristics (cool and wet weather), the vine growing methods and the grape varieties. It is a highly regarded wine, specially for summer drinking.

The whites usually present a lemony or straw colour, with low alcohol content less caloric and high acidity, slightly fizzy and fresh to the palate, owing to the carbon dioxide fermentation that occurs during the bottling process.

Vinho Verde is a light yet fruity wine, great as an aperitif or with light meals such as Mediterranean salads, fresh or cottage cheese, fish, seafood, white meats and sushi.

Vinho Verde has a malic acid concentration in excess not common in other wines has a blending of aroma and petillance that gives it its pleasant freshness and lightness making it one of the most delicious natural beverages.

The main grape varieties used in its production are Alvarinho, Arinto, Loureiro, Trajadura Avesso and Azal for whites. Borraçal, Brancelho, Espadeiro and Vinhão or Sousão for reds and Espadeiro grape is used for rosé.

The reds are full bodied wines very deep in colour, unusual wines much appreciated in Portugal. The Vinhão grape is incredibly fruity, with a wonderful combination of high acidity, freshness and tannic bite. Originated from Minho it’s an all-food companion typically serve in white or terracotta bowls in this region.

The production of fully sparkling wines under the Vinho Verde DOC has been allowed since 1999 and is a growing venture that brought new impetus to a region that produces White Vinho Verde, Red Vinho Verde (Vinhão), Rosé Vinho Verde, Sparkling Vinho Verde (Red, White and Rosé) and grape brandy wine.

Vinho Verde carries the DOC warranty seal of the region.

Situated in the northeast of Portugal the Vinho Verde region is the biggest DOC of Portugal, stretching from the River Minho in the north, as far down the coast as the city of Porto (Oporto), but inland extending a further 30km south of the river Douro. Vinho Verde has a distinguishing high acidity level and its flavours depend on the grape varieties used – floral to Loureiro, steely to Trajadura, mineral to Arinto, creamy and mineral to Avesso, and the fine, mineral, subtly fragrant to Alvarinho. Vinho Verde accounts for what was arguably the first recorded export from Portugal in the mid-14th century, going from Monção and Ribeira de Lima, in Viana do Castelo region to be exchanged for codfish in Terra Nova (England). In Duarte Leão chronicles is said "the very rich wines of Monção…are a noble beverage".

The increase in exports mainly to England, Flanders and Northern Sea areas generated the establishment of several British trading posts in Monção and Viana do Castelo. In those days chronicles described this wine as "the very rich wines of Monção… are a noble beverage".

In the 19th century philloxera-blight destroyed vast vine-producing areas and that gave rise to the imperative need to modernize cultivation, harvesting, production, ageing transport and communications methods, which created the conditions for Portugal to grow and wisely preserve around 300 native breeds. All these autochthonous varieties allow the production of quality wines both monovarietal or blended with other grapes including international ones.

In the beginning of the 20th century, several wine regions were demarcated, redefined in 1986 and new ones were created after Portugal became member of the European Community.