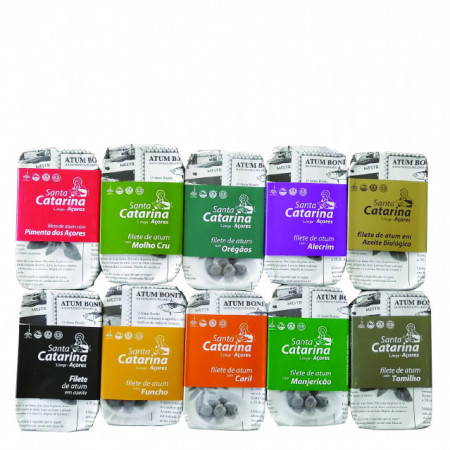 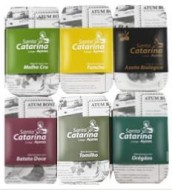 Awards
Prized with the Best of the Bests for Mediterranean Tuna, Fennel and Thyme Tuna and silver medal for Mediterranean Tuna and Piripiri Tuna.
Santa Catarina is a company committed to both high quality and sustainability, which accounts for the fact that all of its tuna is caught in the crystalline waters of the Azores using the traditional pole and line system, a 100% sustainable method described by Greenpeace as generating the world’s most sustainable tuna and that also ensures that no other species are caught or even harmed in the process.

Origin
Santa Catarina Tuna comes from the village of Calheta, in the Azorean island of São Jorge.
Once fished, the tuna is then transported to the factory where it is cooked, cut, trimmed and canned by hand, with hand selected and prepared spices such as onion, garlic, spice and aromatic herbs being added later, and also by hand before the cans are sealed and ready to go to the tables of those who enjoy such delicacies.

History
São Jorge Island is also a place of delicious local spicy sauces, resulting from the local cultivation of this culinary herbs. Azorean cuisine is rich in spices from its history as a stopover point for caravels returning from the east. This tradition and knowledge led to the delicious "Atum em Piripíri" or Spicy Tuna and the "Atum em Molho Crú" or "Mediterranean Sauce"  or the recent  "Atum em Pimenta dos Açores" and tuna in several aromatic herbs.
Santa Catarina's tuna cans are all manually laboured, without any kind of emulsifiers, sweeteners, preservatives or any sort of additives or technological aids. Thus, it’s basically a handmade product.

3 Pack Canned Codfish 120 x 3 uni Codfish
We share our passion for this fish with these authentic canned codfish...
€14.77 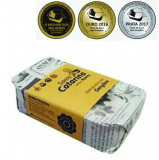 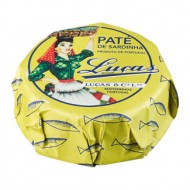 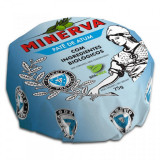 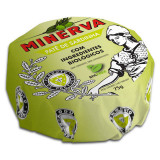