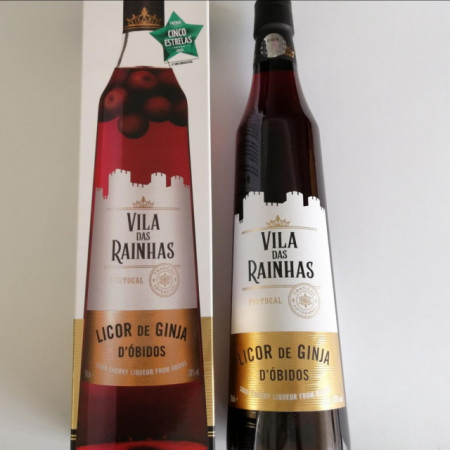 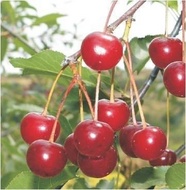 A pioneer in the production of "Ginja" cherry liqueur, Frutóbidos is classified and recognized as a productive unit of artisanal quality within the production of liqueurs, adding value and flavour to this product and respecting the original recipe of Sour Cherry Liqueur or Ginjinha, a national and international reference.
Since the very beginning Frutóbidos uses the monks recipe from Alcobaça Monastery recognized for its unmistakable sweet and fruity taste.
Information
This velvety and tempting liqueur is produced in Óbidos, exclusively from fresh sour cherries selected from the best quality. Very versatile, can be enjoyed at any time, cold or natural, with no sour cherries or "with them" in chocolate cups. Its digestive qualities usually bring you to a delightful end meal.
Lately sour cherries have also been the subject of intense investigation for being a red fruit responsible to bring great health benefits. Dióscoro, a first century Greek physician reconized then the therapeutic properties of this fruit.

The sour cherries, a fruit brought from Asia Minor on the Caspian Sea coast, have its best formation in west Portuguese lands. In the early 1st Century Pliny the Elder, the famous Roman writer praised the “sour cherries from Lusitania”, a Portuguese cherry type with the source name of "prunus cerasus".
This Liqueur has two regions identified for its production, the PGI (Protected Geographical Indication) "Ginja of Óbidos and Alcobaça," created to protect the typicality and authenticity of this certified product. Sour cherries evolve favourably in these regions due to climatic conditions and terrain, reaching higher perfection and unmatched quality.

History
The origins of the renowned Ginja Liqueur from Óbidos appear to have come from a Benedictine monastery of the Cistercian Order. Historical sources indicate that sour cherry was first used for the production of liqueurs designed to "delight the spirit".
Quickly this liqueur recipe surpassed the borders of religious orders and was produced on a larger scale, became famous and sold everywhere.
The Jewish community subsequently also had an important role in its further dissemination of selling and serving it in taverns frequented by the bourgeoisie.
Today, the most established and authentic way of enjoying it is in small cups. This "new" way was brought about 50 years ago by the pioneer spirit and commercial acumen of José Ferreira Duarte Montez, who started his life in the gypsum mines in Óbidos and soon realized the full potential of both the liqueur and the village from which it took its name. He opened the first bar in the village fully dedicated to the Ginja Liqueur and encouraged others to do likewise, in order to promote the appreciation of the genuine Ginja Liquer and foster conviviality amongst its fans. The reputation of the "ginjinha" cup would be forever linked to this village. The creation of the "Obidos night" with its taverns and bars of the village within the castle walls is a picturesque concept of comfort and refinement, conducive to socializing and tasting liqueur that has attracted so many foreign and Portuguese generations, with the common bond of the “ginjinha”.
This helped to propel the sour cherry Liqueur to the status of a true a national institution, with artists such as Amalia Rodrigues immortalising it in her famous “I’ll drink to my pain” fado song as well as many other members of cultural circles all over the country.
Other cities worshiped this drink and "ginjinha" became a common drink in all Portuguese homes and a digestive offer highly valued by guests, making a terrific cordial.
Ginja de Óbidos is an IGP product awaiting recognition as an heritage of the Obidos village. 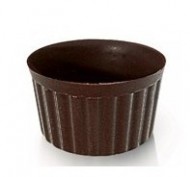 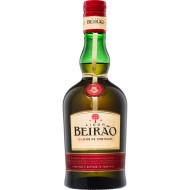