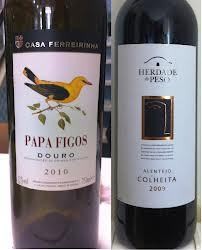 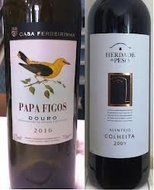 Choosing this wine you will obtain a Red wine with a tasting note of 16/20 or 90/100 points of one of this Portugal’s wine regions.​

In the mid-sixteenth century, Lisbon was already the largest center for distribution and consumption of wine of the empire, by this time adding technical knowledge about the wine that came to develop later. The "roda" wine or "torna viagem" that made long journeys, in barrels, exposed to sun or submerged in water, tucked in the holds of ships, balancing the waves, going at least twice the equator, earned such quality that became precious wines, unique in its flavour, reaching very high prices. It was the beginning of the aging process of wine under specific conditions, where the Douro region was revealing the best in wine production and the first in the world to be demarcated.

In the nineteenth century after the phylloxera plague that decimated large areas of Portuguese vineyards, wine productions began a gradual recovery and in the beginning of the 20th century several wine regions were demarcated. In 1986 the wine regions were redefined and new ones were created after Portugal became member of the European Community.

Submit review
D
Deli Portugal
You can’t really go far wrong here. The wines of Portugal just go on getting better and better, and there are so many varieties to discover, as few are exported . The Douro is considered the country’s best wine region, although the Alentejo comes a close second and there is an ever-growing infrastructure of wine routes and wine tastings to help the visitor get to know the indigenous grapes. By Mary Lussiana http://bit.ly/1cIDpCj