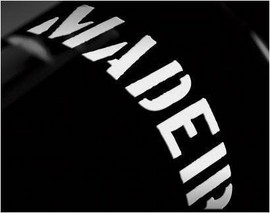 Origin
Madeira is a fortified wine is produced in the demarcated region of Madeira. Expect to find complex flavours of toffee, caramel, nuts, marmalade and raisins, in this wine, all backed up with bright, fresh acidity. The noblest varieties are: Sercial, Boal, Verdelho and Malvásia. In dry Madeira, Sercial stands out, ideal as an aperitif, light, very fragrant and light in colour. Verdelho is delicate, very fragrant and golden colour, is the most suitable to accompany meals. Boal is medium sweet, gentle, noble, velvety and dark golden colour, it is mostly recommended for roasts and desserts, between meals or with the dessert the irresistible Malvásia, a sweet wine, full-bodied with an intense perfume. However these four, only constitute around 10% of the plantings on the island. Among other varieties recommended and authorized Tinta Negra Mole, a red grape which is Madeira’s workhorse variety gained an unfair reputation for poor quality. This variety is mostly used in 3 years old Madeira wines.
All these varieties were brought from the mainland to the island of Madeira with the exception of Malvásia. The Malvásia of São Jorge produces sweet wines, being among the Madeira Wines, those which boasts a greater richness.
Appreciated worldwide, this fine and unique wine are one Madeira ex-libris that quickly gained fame and prestige around the world.
In quality and style levels, at the bottom of Madeira wines, the 3 years old (labelled simply according to sweetness), followed by 5 to 50 year old category and the single harvest- these are vintage wines released much earlier, a category likely to be of increasing importance.
At the pinnacle of the quality tree lie the vintage wines, which are much more expensive and often released very old.
The best examples are capable of ageing almost indefinitely.
Once opened, a bottle of Madeira will be able to maintain its character for almost a year - it's resistant to oxidation is due to the high temperatures subjected.

History
Madeira Island was discovered in 1419. Historical records show that 25 years after the beginning of colonization wine exports were already a reality! The first variety to be introduced to the island was Malvásia, coming from the Greek island of Candia, known as Malvásia Cândida, this variety made the wine much loved and coveted making this caste to be treated kindly.

It is in this period of Portuguese expansion and with the introduction of Tinta Negra that Madeira wine acquires its essence, when it begins to be exported in boats, and is subject to numerous variations in temperature until it reaches the destination. Once returned to Madeira, it turned out that the wine that was left had become much more aromatic with new and even better flavour. Thus, from 1730, the barrels of Madeira started being sent on long journeys in order to ascertain the qualities of the wine. In the early nineteenth century, Madeira producers started looking at ways to reproduce the phenomena of heating and cooling that the wines were subject. Since then the “estufagem” (heated via a serpentine method) “Canteiro” (aged on top floors of a wooden support--higher temperature) were used to improve the qualities of the "Madeira".
Madeira wine wins international reputation in the XVIII and XIX century, becoming the most expensive and appreciated wine in the world. Chosen to celebrate U.S. Independence in 1776, lauded by Shakespeare, enjoyed by kings, princes, generals and explorers being the dominate “toasting” wine preferred.
The vines planted mostly in “pergolas” due to the slope of the land for 450 acres of vineyard, located in basaltic soil the mild climate and the key grape varieties used on Madeira wine gives it the uniqueness and its very own flavour.

In the world of fine wine this oddity is the result of much human effort once possible giving the strategic position of the island and the trade routes of Portuguese exploration thus creating a strong market for this wine.

Madeira vineyards in "pergola"
One of the oldest means used by the ancient Romans, the high-trained vine systems (also known as "high culture" or vignes hautes) with the tendone system of vines trained high over head along a pergola being one example in Madeira and Vinho Verde region. One of the benefits of a high-trained system is better frost protection