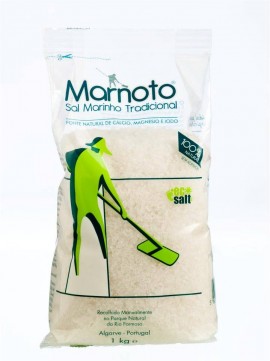 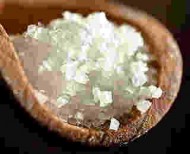 Natural Sea Salt holds its major natural elements (more than 80) before its industrialization. In the industrial refining process, these many minerals and essential macronutrients are forcibly removed, leaving only a single compound made of sodium and chloride.

The benefits of natural products are widely known and this salt is part of them. In fact, why use salt that has been refined, having been removed all natural elements important to health?

In Portugal there are several Salinas, the best known being the salt of Aveiro, Figueira da Foz, Ria Formosa (Tavira-Algarve), Castro Marim and Salinas of Rio Maior.
Artisan salts bear the colour, texture, flavour and trace elements of the particular region they originate from. Remember, no two (artisan) salts are ever the same.

The "fine grain" of salt is normally used in salads or grilled dishes, giving a final tuning seasoning touch, replacing in a nutritional way the use of processed salt.

It is said that salt from Ria de Aveiro is "white gold" not only because of its high quality and taste but also for the human labor value associated due to weather conditions in the north of the country with less sun and more clouds.
Recently on one of his books "cod", Mark Kurlansky, an american jornalist, classifies salt from Portugal, Aveiro in particular, as one of the best in Europe, still is Portugal's salt cod center and not by coincidence.

Portugal with this extensive coastline exposed to winds and sun has always shown favourable conditions for the development of “Salinas” that use the renewable eolic and solar energies to produce salt. The country has a privileged geographical situation for salt production, in comparison to other European and even non-European countries.

Along the Sado, near Lisbon, came into existence more than 400 salt productions or “salinas” that served as trade between Portugal and northern Europe countries, very dependent on this product to the conservation of fish and meat.

In the 12th century, even before the Portuguese maritime expansion, Portuguese salt was regarded as a high-quality product in various parts of the world. Salt exploitation was then of utmost importance to the national economy and the Ria de Aveiro, a natural sea lagoon with a heavy production for the whole country and for large exports abroad.Today there are nearly a dozen well preserved "Salinas”.Currently it is the unanimous opinion of experts that the most effective way to conserve the Salinas (salt flats) is to keep it in business once it is a sustainable activity and a natural resource.The indusltrialised processed salt loses all compounds except sodium chloride. The natural salt contains more than 80 elements that are found in seawater.

5 Reasons to use Sea Salt & Flower of Salt
. Contains a lot of minerals that benefits health (potassium, calcium, iron, magnesium, among others)
. Sufficient sodium levels that help balance your sodium-potassium ratios needs.
. Sea salt its 100% natural and Flower of salt is the most pure element of this chain production
. Don't have additional chemical that affects health
. Enhances the flavour of food. Mixed with herbs give a different twist and reduces the level of salt in the food. 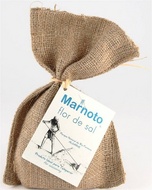 Rio Maior Salt "Fonte Salina" - Pack of 2 Condiments
Rio Maior salt-works are the result of a natural wonder and one of the...
€7.50 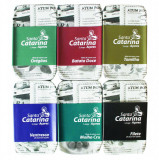 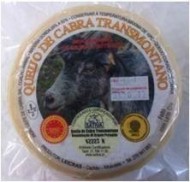